What are the differences between Metal Halide and Led Tower Lights?

The most important part of a tower light is the source of illumination. Metal halide lights have been used for longer in the industry, with LED lamps being invented later. Each has its pros and cons and users should take time to read before making a decision. To help you, here are the metal halide and LED Tower Lights differences. Read on!

Metal halides lamps, from the name itself, are made of metal and halogen. The salts from this compound are mixed with vaporized mercury, allowing it to produce the light needed to illuminate an area. It consists of an arc tube that contains gas.

On the other hand, a light-emitting diode or LED involves the use of electrodes to produce light. It usually needs semiconductor elements to conduct electricity. Instead of using heated filaments, illumination is achieved by generating it within the conductor itself.

One of the differences between metal halides and LED lights is the warm-up period. With the former, users need to calculate the time when it is needed. This is because it takes a while for a metal halide lamp to generate enough power and illuminate an area at full capacity.

A good 15 minutes will be taken waiting for it to reach at least 90% of its capacity, which can already be relatively good in some conditions. It also needs time to cool down before being switched on again on the next use.

But with a LED light, all these considerations are not needed. It can be seamlessly turned on and off according to need, making it more convenient to use. This will make the use of lighting towers easy to set up and pack up without a warm-up period.

When it comes to output, metal halide lamps produce light in an omnidirectional pattern. This means that all directions will receive illumination, making it suitable for general use. It is recommended for places that become dim at night including parking lots, streets, and indoor locations that need central lighting.

But for directional lighting, users rely on LED lamps. This makes it more useful when it comes to illuminating specific areas such as construction sites, sports arenas, and photography studios. This ensures that people at the back of the tower lighting won’t be blinded which can cause some safety issues such as accidents. When using metal halide lamps, reflectors must also be put in place.

Another thing that should be considered is the strength of light produced by both lamps. While a metal halide is capable of bringing out 65 to 100 lumens per watt, some of it is lost when using a reflector. On the other hand, a LED lamp is unidirectional, which means that most of the glow is focused on a specific direction.

When it comes to using lights, longevity is also a main topic of concern. To get the best value of tower light, many prefer bulbs with a longer life span. This is to ensure that you can rely on them when needed and spend less on replacements.

Compared to incandescent lamps, metal halide lamps can be used for a longer time. That’s why when it was invented, it replaced the former when it comes to widespread use. When used properly, these can last for more than 20,000 hours. But these hours can decrease when using higher wattages.

If you want more longevity, LED lights are the recommended option. These can last between 50,000 to 100,000 hours, beating most lighting sources out in the market. That is equivalent to 5 to 10 years of use.

Before buying both light sources, comparing maintenance procedures is also necessary. Because a lifespan of a metal halide lamp is only as long as 20,000 hours, at least 3 of these will be needed to match the life expectancy of LED Lamps.

Another thing to consider is light depreciation. New metal halides are bright, but it starts losing its lumens after 6 months of use. At half of its life, it can run on 50% of its capacity. While LED also experiences a reduction, it happens much later.

Because of these reasons, LED is clearly more low maintenance than metal halides. The former is also energy efficient, with up to 40% fuel reduction which can help save a lot of money. Aside from this, it is also environmentally friendly.

Before buying, remind yourself of these metal halide and LED Tower Lights differences to guide your decision. From the material, warm-up period, output, longevity, and maintenance—consider how, when, and where you will use it. Because of the dissimilar specifications, its applications in real life will also differ.

If you’re interested in purchasing a tower light, you may send your inquiries on this page. Multico will answer any questions and concerns you may have and guide you on choosing the right product. 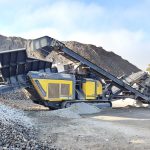 What are the different rock types you can utilize on the construction site? Basalt Granite Marble Sandstone Quartzite Slate Shale   Heavy equipment like bulldozers and backhoes and generator sets in the Philippines are essential to the developing landscape and infrastructure. They are largely responsible for the growth the country has experienced in terms of […]

Tips When Buying a Generator Set from the Philippines

What are things you need to consider when buying a generator set? Type of Generator Size of the Generator Generator Placement Equipment Maintenance   Power outages can be the cause of lots of stress and delays. Don’t you just hate it when you are in the middle of doing something and you get interrupted […] 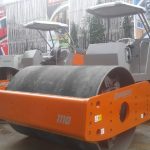 What Materials Are Used for Road Construction?

What are the materials used in road construction? Asphalt Concrete Composite pavement Recycled Materials   While on a road trip or on the way to work, have you ever wondered what materials were used to construct the road you are on? It’s important to know the materials that go into constructing roads, especially if you […] 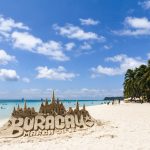 How can the Cherrington Beach Cleaner help restore the shores of Boracay? It takes beach cleaning to a new level It uses advanced systems and technology It is low-maintenance and long-lasting It is efficient and economical   We’ve been hearing about Boracay’s closure for months now; and it finally happened last April 26, 2018. One […]